Status of Small Business Lending at End of 2013

2013 was a busy year for us at Small Business Kickstarter and our sister company Diversified Business Funding.

In terms of small business lending, the banks have still not opened the piggy bank to any extent. This leaves the door wide open for the alternative lending business, of which we are a part.

The introduction of the crowd sourcing phenomenon was met with much excitement. Predictably as the details rolled out and a history developed with this type of funding, some of the pitfalls became apparent.
The following article appeared on the Fox Business site and gives a fairly complete analysis of the 2013 year in small business funding. 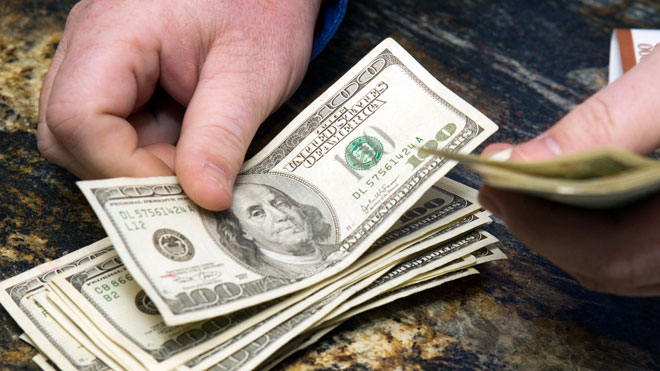 As we approach the end of 2013, the report card for small business lending is mixed

The year opened with promise as President Obama began his second term, which removed the uncertainty of the election from the credit markets. However, political partisanship in Washington led to the contentious debt-ceiling debate and ultimately a government shutdown that was particularly harmful to small business owners. Add to that the confusion over ObamaCare’s implementation and its initial failings, and today small business owners are cautious in their growth plans, particularly as it relates to hiring new workers.

Two big trends occurred this year in small business finance. Firstly, the number of entrepreneurs using mobile to apply for funding is skyrocketing. Somewhat surprisingly, this is being driven by immigrant groups, particularly Latinas, who have embraced the use of smartphones for business. Nearly 40% of the loan applications on my company’s online platform are done via mobile.

Secondly, 2013 was a big year for alternative lenders. Accounts receivable and merchant cash advance companies and microlenders, such as Accion, have filled a void in the marketplace during a year when banks are still conservative in their loan-making decisions.  According to the November 2013 Biz2Credit Small Business Lending Index, the largest banks ($10 billion+ in assets) approved 17.4% of loan applications. While this is far better than single digit approval rates in 2011, the number does not approach the levels of 2005-07, when big banks approved more loans than they denied. Smaller, community banks are granting about half of the loan applications they receive. Meanwhile, alternative lenders approve more than two-thirds of loan requests.

Swift adopters of technology, alternative lenders make decisions quickly and are more willing to overlook lower credit scores. Borrowers pay a premium for these loans in the form of higher interest rates. Because bank loans are harder to get and take more time, small business owners turned to alternative lenders more in 2013 than ever before.  This was especially true during the government shutdown, which brought SBA-backed lending to a screeching halt. The shutdown also impacted non-SBA lending when the IRS was closed and not verifying borrowers’ revenue figures.  Small business owners turned to alternative lenders for their working capital needs.

Conversely, credit unions are losing countless opportunities because they do not allow for online applications of small business loans. I am still surprised by the number of traditional banks that still do not offer digital loan applications for SMBs. Look for this to change in the coming year. Bank executives have been telling me for some time now that the branch system of banking is changing.  In fact, it seems there are too many branches and many of them are losing money.

Although lending by big banks to small business was up significantly from the dark days of the Credit Crunch in 2009-11, it has not returned to pre-recession levels.  Big banks, in particular, have been slow to return, but there are positive signs of change.  Larger players such as Citizens, TD Bank, Union Bank, and Wells Fargo are becoming increasingly active in small business lending.

Crowdsourcing, which enables small companies to sell small amounts of equity (usually to individual investors), was the hot buzzword when the year began. There are still fraud concerns since crowdsourcing is largely unregulated, and the SEC has not finalized the way it will be handled. Some companies, such as Kickstarter, have done well, but there is still much uncertainty in this type of funding, which seems better suited to artistic and non-profit types.

While there is acceptance of non-profits and struggling artists and musicians asking friends and supporters for money, professional services companies should want to avoid crowdsourcing, in my opinion.  For investors, there is a lot of risk involved in giving money to startup companies. Many people are not sure how a company will pay back its part-owners — if at all.

Nonetheless, the overall health of the economy continues to improve, although not as quickly or as dramatically as we hoped. Domestic oil production has increased, the housing market has stabilized, interest rates are still low, and unemployment has dropped from 8.5% in January 2012 to about 7% in December 2013.  Competition in the small business lending marketplace has resulted in lower cost of capital, which helps small business owners greatly.

The year is ending on a positive note as the bipartisan budget agreement provided evidence that Republicans and Democrats can agree to find common ground.  It’s refreshing when politicians, despite the influence of left-wing liberals and Tea Party conservatives, can do the jobs they were hired to do.  That’s the way it works in the private sector, after all, so why should it not apply to Congress?

Health will be an important topic in the New Year. What looms for small business owners is the implications of ObamaCare. So far, it has been a disaster. Republicans took a political beating as they were largely blamed for the government shutdown. They are likely to focus their attention on ObamaCare, which still looms over the heads of small business owners and individuals alike.

Nonetheless, as 2014 begins, the economy as it relates to small business is the best it has been in the past 3-4 years.  Small company owners should be optimistic about the year ahead.