Our Team here at Small Business Kickstarter will always attempt to provide you with realistic business advice.

We have re-posted an article from NFIB which we consider to be a realistic and credible small business outlook for 2014. However, we would like to expand on a few areas.

One major uncertainty in the 2014 small business outlook will be the effect of the Affordable Care Act (Obamacare). We expect the consequences to be dramatic and have a big negative impact on the economy in general.

One word of caution – be very suspect of the economic figures coming from the current administration in Washington. We do not find them to be credible.

If you follow what’s coming out of Washington, it’s pretty obvious that the Obama Administration is no friend of Small Business (Big Business – YES). You can expect this to continue. 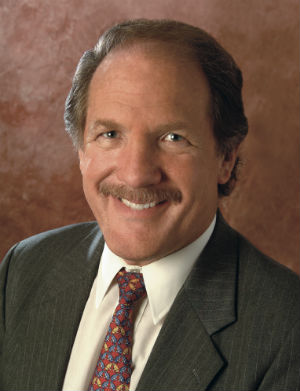 As small business owners start planning for 2014, they should not only forecast how they expect their business to perform next year, but also take a hard look at how the national economic and political climates might affect their operations.

First, let’s get down to business: The most important number for an owner’s annual planning is the expected real sales volume, which determines how many units to produce and how many hours of service to provide. Essentially, this figure requires business owners to estimate demand for their products or services.

But due to the state of the economy, this number is difficult to estimate. Consider GDP growth and consumer spending. Although the U.S. GDP has grown every quarter since the recession officially ended in 2009, it hasn’t reached an average growth rate of 3 percent, or anything above it, which historically is necessary for economic recovery.

Consumer spending is also weak: Disposable income grew less than 1 percent in the past 12 months, and the economy has averaged about 180,000 new jobs per month, which isn’t nearly strong enough to lower the national unemployment rate. Plus, uncertainty on the national economic and political fronts is significantly restraining consumer spending.

For instance, on Oct. 1, the United States’ federal government shut down for the first time in 17 years. The cause: The Democratic-controlled Senate voted to reject the latest Republican-controlled House effort to negotiate on a spending bill to keep the government operating. All this makes it difficult for small business owners to confidently forecast for 2014. Nevertheless, here are seven questions small business owners should ask themselves as they plan for next year:

1. What sales levels do you expect?

2. How many employees will your business need to support your projected sales level?

3. What credit needs will your business have?

4. Does your business need new equipment or more inventory?

5. What will your labor costs be, factoring in possible minimum wage changes and new healthcare costs?

6. What will your energy costs be?

7. What will your loan expenses be?

In the lending realm, the Fed will keep short-term interest rates low in 2014, but longer-term loan rates will rise due to global economic expansion and a higher demand for credit. In general, if your small business needs a loan, applying for one sooner rather than later is probably a good idea.

Additionally, the federal deficit will rise next year. To solve this problem, Pres. Obama wants higher taxes, and he will probably get them to some degree. The government will likely reduce the number of deductions allowed, particularly among high earners. The president also said he would lower corporate tax rates, but only if doing so produced more tax revenue.

To complicate it all, 2014 is an election year, and Washington, D.C., is unlikely to get its act together in the middle of a campaign season. My forecast: Next year will most likely be a repeat of 2013.